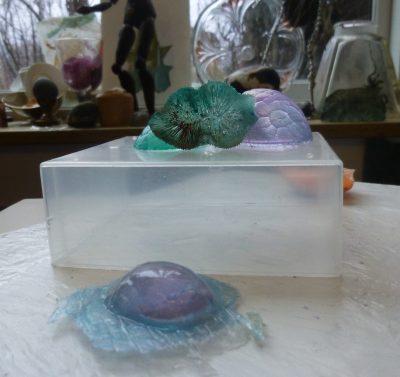 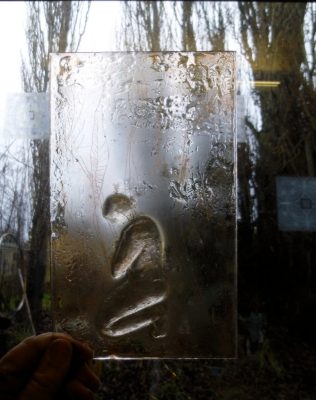 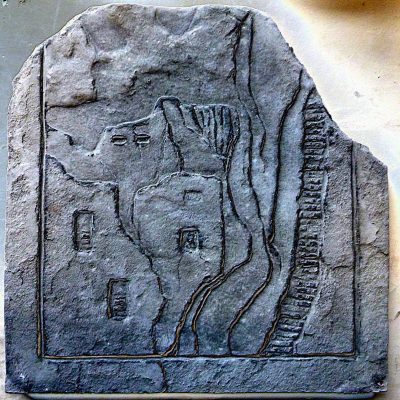 My “Blue Ruins” mold has now been involuntarily retired after five casts.  It was such a compromised mold that I am delighted to get any good casts from it! It tore today when I removed it from the second concrete cast (digital foil of the photo above right).

I have been working on several epoxy casts:  a clear moon snail with some embedments (below right), another clear sleeper with an embedded face, and using the extra epoxy on each mix up to make smaller items. Some of these are shown below and above left.  I have also used the clear epoxy to mount a small two piece residue resin cast from 1995: the kneeling figure above.  I have a full 3-D cast of this, and a couple of half/relief casts, but this one was made with insufficient leftover resin, so the head & arms are incomplete. I find it quite interesting, so I kept it:  apparently for this very piece of acrylic, test scratched as a plate for printing! 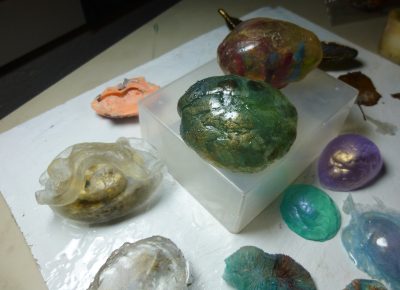 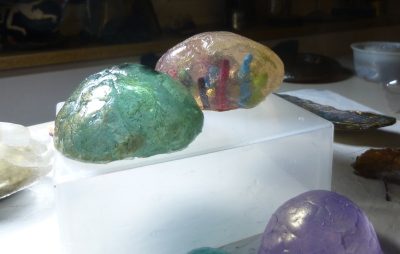 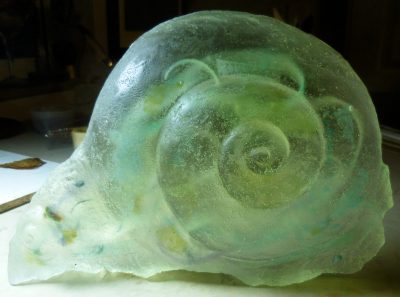